Last week’s assembly speaker was ex-Camden student (and Miss Camillo’s son in law!) Joel Defries, who delivered a funny, engaging and heartwarming assembly. He began by appreciating the irony of his return, having been banned from Sixth Form assembly whilst at Camden!

Defries’s talk centered around his own personal academic and professional journey after leaving CSG. After moving with his family to New Zealand and giving up his uni course after one year, he began work experience on a well known radio station. He was soon offered his own radio slot and became very successful.He then moved into television by appearing on a Music TV show in New Zealand, and became a bit of a celebrity, although he did say being famous in New Zealand in terms of population numbers, was about the same as being famous in Grimsby!

Defries eventually returned to England and got a job as a Blue Peter presenter, despite turning up to the interview a bit worse for wear after a particularly heavy duty night out. Whilst at Blue Peter Defries had some fantastic experiences; he called it a young person’s ‘dream job’. He then played a show reel of his time on Blue Peter; a collection of very funny and impressive clips followed, as we saw him (among many other things) swim and canoe across the Channel and interview Megan Fox. In 2010 Defries and Blue Peter parted ways, with him having very high hopes of furthering his career in television. But, he emphasised, throughout his assembly, how different and challenging life may turn out to be despite our expectations. The next few years were very challenging ones for Defries as he was unemployed for a length of time before deciding to finally give up his dream of a media career. 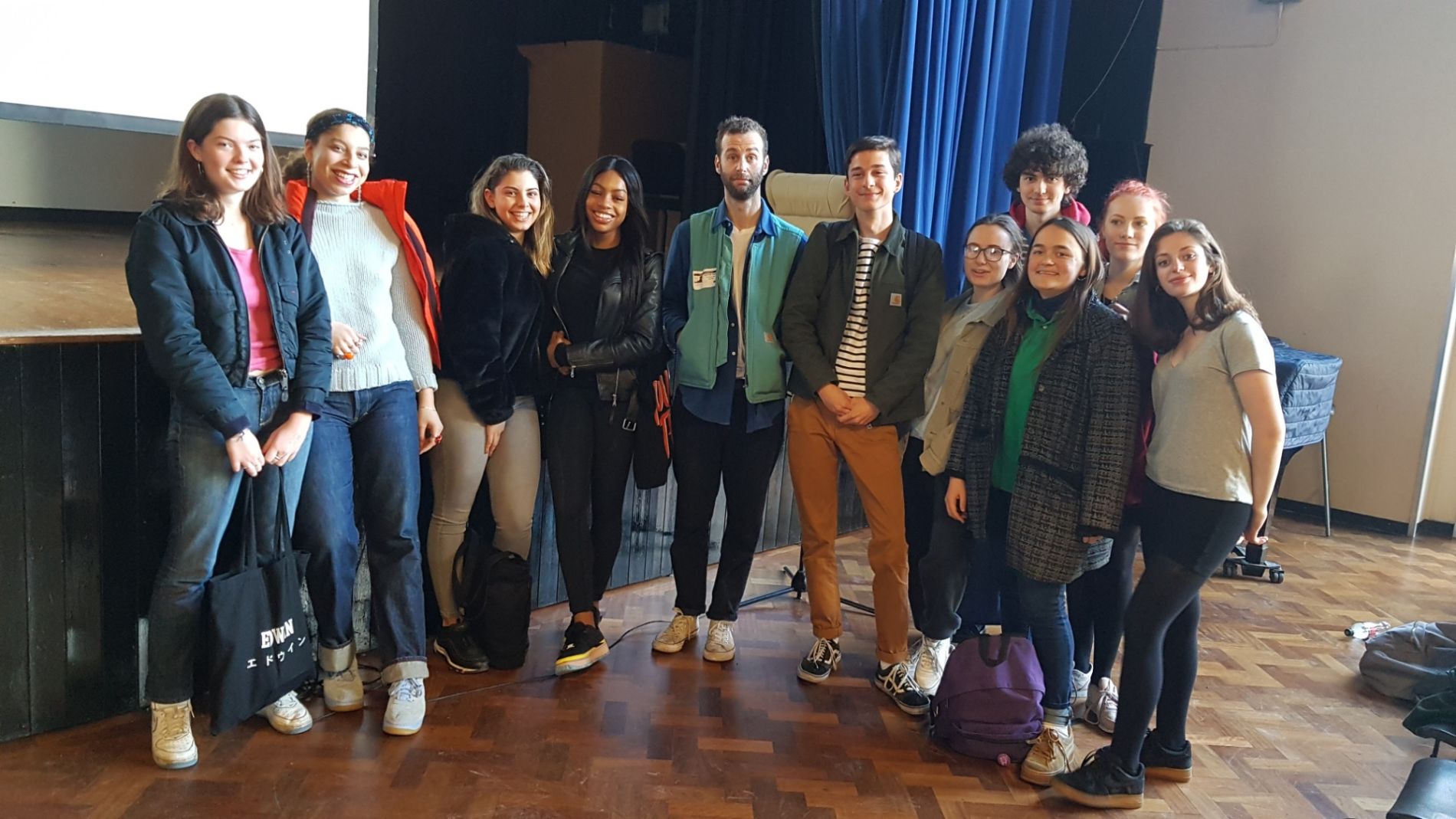 Defries then highlighted the importance of giving back to your community, which he did when he worked as a support worker for young, vulnerable and homeless people in the local community. This job taught him humility in the face of such vulnerable people in often appalling life situations, and enabled him to put his past aspirations into a totally different perspective.

Defries now works as a brand manager at a vodka company in London, which uses only locally sourced ingredients and which places the local community at the heart of its company, working with and raising money for other, smaller businesses in the area. He has since got married and had a child and is very happy with the way his life panned out,

Overall throughout his assembly Defries made it clear just how important it is to jump at every opportunity given to you in life, to not be afraid of the knock backs, to embrace new and unexpected paths, finishing his talk with a quote from Ronan Keating ‘Life is a rollercoaster, you just gotta ride it’.