The comedian, actor and director David Schneider came to give a talk to the sixth form on Monday about the progression of his career and the importance of growth. He began the talk by telling us about his time at Oxford University, where he got a PhD in Yiddish. During this time, he says he really developed a passion for performing. Although his father was not at all keen on his ambition to be an actor, ultimately Schneider decided to follow his dream, and although he did remind us that there is a wealth of knowledge and advice that you will find useful from your parents there will come a time when you have to take your own path.

During a dip in his acting career, which Schneider says is an inevitable part of being an actor, he discovered that he really enjoyed writing. He started to develop a passion for writing films, radio shows and directing even more than he did performing. He told us that he had now stopped attending auditions as he wanted to focus on his career in writing and directing. Schneider joked that while he had stopped attending auditions, he had asked his agent to get him an audition for the TV show Game of Thrones as he particularly enjoyed it and would not pass up a role in the drama! As Schneider continued to talk about his career in writing and directing you could tell that it was something that he genuinely loved to do, and he is glad that he is now sure of what he wants to do with his life. 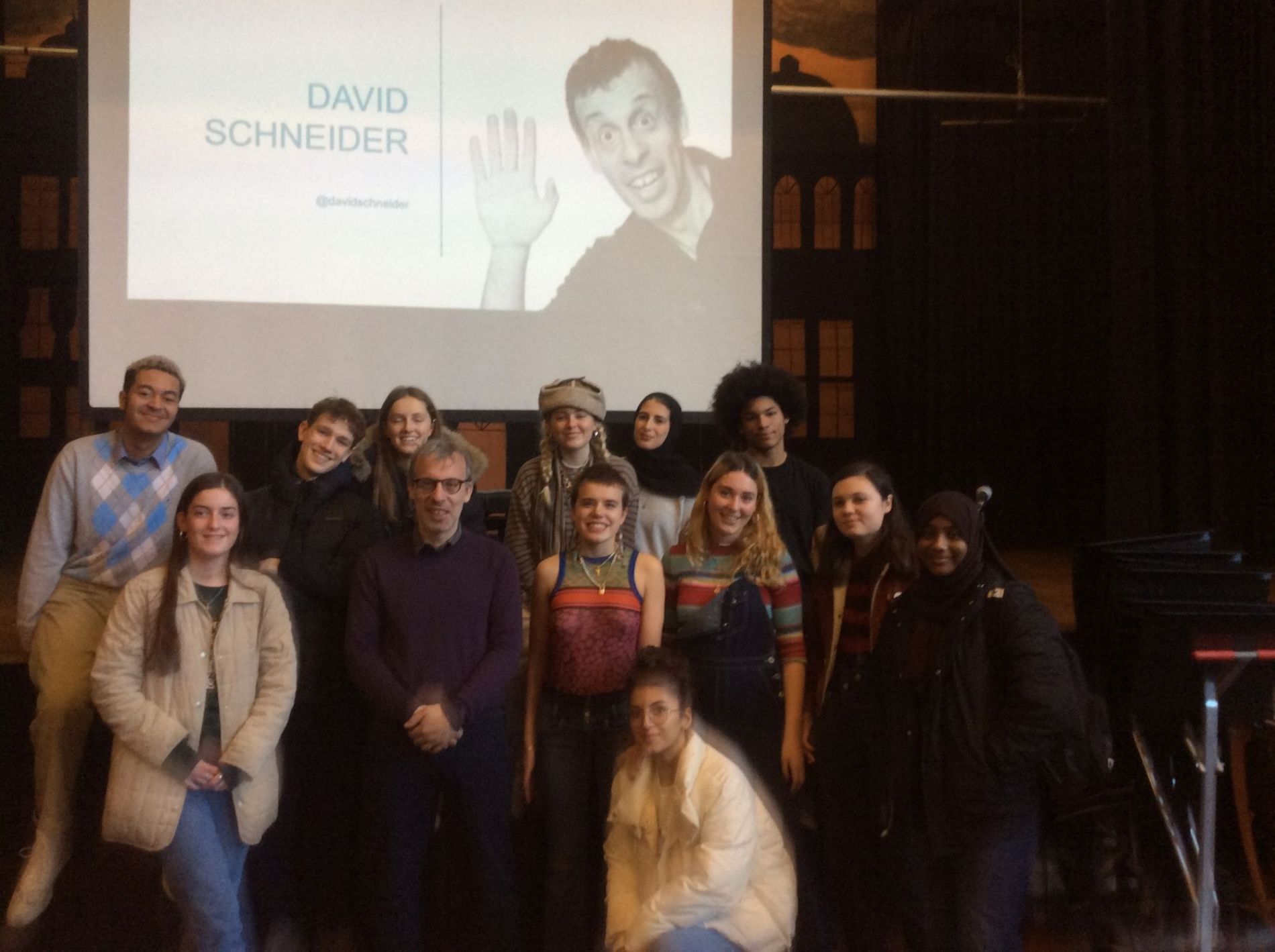 He told us that there will be a lot of pressure on us during this time of our lives as we will be asked what we want to do in life, but it is important to be aware that it is okay not to know and okay to change your mind, and like him we might not discover what we really love until we are 52 years old!!

Schneider then went on to tell us about his ‘Life Hacks’:

‘Nothing is Wasted’ - As a writer Schneider told us, he would often get commissioned to write a script and over the course of it he would become increasingly frustrated and re-start, however he reminded us that it is important to remember that nothing is wasted and you can come back to your work or reuse old material later on.

‘Keep making Things’ - he also encouraged us not to get discouraged by set backs and not to let them prevent you from continuing to create.

David Schneider then went on to talk about his social media company.  He said he was inspired by Twitter which he called his ‘writing gym’; his company works in advertisement on social media platforms primarily Twitter and Instagram. He asked the audience whether they used TikTok which some of the senior prefect team got particularly excited about, he then went on to explain that a lot of the comedic talent that he has found comes from young people and is inspired by the content they make on apps like TikTok.  Overall the talk was very interesting and inspiring.