Students at Camden School for Girls once again collected outstanding A level results in 2019, with progress above the national average. The school’s data is as follows:

Parents report that they are happy with the sixth form and that it meets their child’s needs:

William – Sixth Form Head Boy 2017
“Camden has given us a community that has empowered all of us, not just the girls! I can testify that I know I would not be the same person stood before you had I not come to Camden, a Sixth Form where we do not shy away from any discussion, no matter how controversial.”

“A school with the most amazing teachers who always ensure you achieve your potential and beyond. A place where being different is ok and even celebrated.”

Matty   – Sixth Form Head Boy 2018
“Only at Camden do I believe that I would have been welcomed in with such open arms and having such a positive start propelled me to throw myself into a variety of activities, some of which I could never have imagined myself doing, such as dressing up as Mrs Clause and singing don’t stop believing in front of 500 girls.”

Lily   – Sixth Form Head Girl 2019
“I wanted to move school to find a place which would foster diversity and acceptance and Camden provided that space for me. Camden has also shown me what womanhood looks like. Whilst my lessons have been informative and the endless debates with certain teachers have been thought provoking and at times frustrating, I have done much of my learning from the bold and passionate students who go to this school.”

Tiago – Sixth Form Head Boy 2019
“Throughout our time in Sixth Form we’ve constantly felt challenged and pushed to do more and achieve more than we ever thought we would be capable of. And through the extensive array of masterclasses, enrichments and assemblies, this school has offered an abundance of inspiration to each one of us.”

Destinations from the sixth form include the following:

Most popular universities this year: 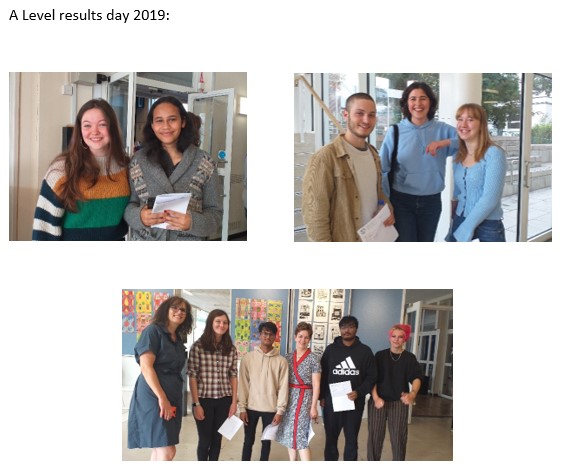 Thank you to everyone who donated or came along to the annual Camden School for Girls Jumble Sale on Saturday. It was a truly enjoyable occasion and the money raised will make an enormous difference to the school.

The total at the end of Saturday was an extraordinary £7600 - and counting - so we know that this is likely to go up!

As always, we received a really impressive amount of jumble, thanks to the generosity of parents, students, staff and friends, and everyone went away feeling they had a few real bargains to enjoy. It was incredibly well organised, as always, and Mary and Richard made a truly formidable team. I’m sure they would both agree with me that the helpers made the event a real pleasure - all smiling, happy to help but determined to get the best prices for everything.

The cakes, biscuits, muffins and savouries were a real treat, and many of the items were home-made; thanks to all for the time and effort that went into making the cafe so inviting!

Running a stall presents quite a challenge with high numbers of customers and speedy judgements being needed about prices. It was wonderful to see the students getting involved with this in a safe environment - they’re learning great lessons about retail!

This all works as a result of parents, students and staff supporting the event and giving up their time to come along and make it a really important and enjoyable feature of the school's calendar - so many thanks to you all!

Special thanks to Mary Kavanagh, our Jumble Sale star! 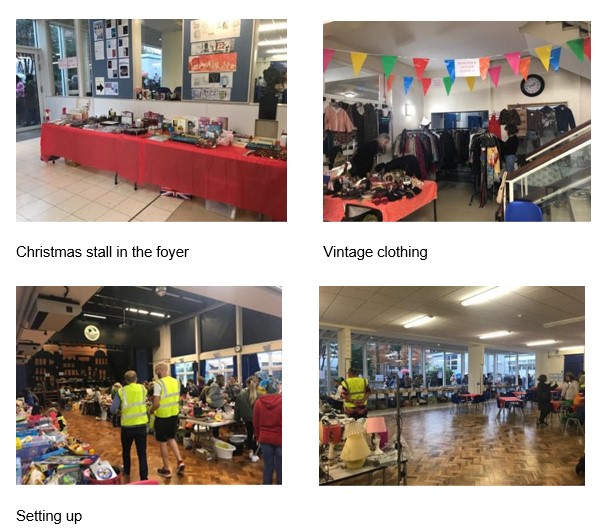