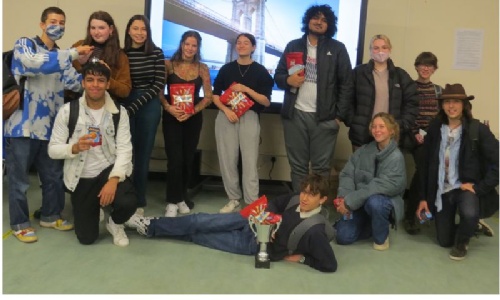 For the last few weeks teams from Year 12 tutor groups have been competing in an inter-form quiz. We took our format from the long running television show University Challenge, so each form selected a team of four, but thankfully the questions weren’t quite as hard!

Round One whittled the teams down from twelve to six and Round Two down to three.

The Grand Final was between tutor groups 6, 8 and 9 and resulted in a clear win for the team from tutor group 6.

The battle for second and third place was really close but tutor group 9 triumphed.

Special congratulations to Ali, Matilda, Hannah and Nicholas who made up the winning team, their breadth of knowledge was impressive, and many thanks to all who took part in the teams or as part of the enthusiastic audience.

Here is the leader board: