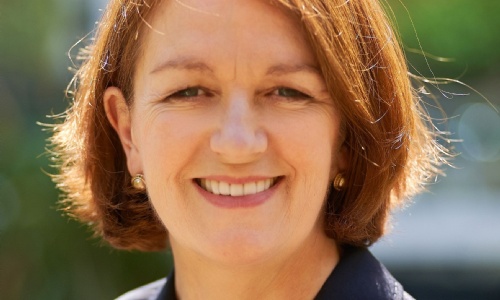 Dr Shola Mos-Shogbamimu
Dr Shola is a New York Attorney and Solicitor of England & Wales with broad expertise in the financial services industry, an author, public speaker and political commentator featured in mainstream and online media. A political and women’s rights activist, she also teaches intersectional feminism to female refugees and asylum seekers; scrutinises government policies from a gender and diversity inclusion perspective; and co-organises women's marches and social campaigns. She founded the Women in Leadership publication as a platform to drive positive change on topical issues that impact women globally through inspiring personal leadership journeys; and established She@LawTalks to promote Women and BAME leadership in the legal profession through universities and secondary schools. She is also the Co-Chair of the American Bar Association Africa committee.

ACEV has provided education services for 928,000 young children and their families across Turkey and trained over 12,000 teachers and volunteers. ACEV’s award winning programs have also been implemented in fourteen other countries in the Middle East, Europe and most recently Asia.

Ayla has twenty five years of experience in education programmes, policy and infrastructure impacting 1.5 million people across Turkey with award winning programs implemented in 14 other countries. She has pioneered the establishment and success of several other non-profit organisations in Turkey in the fields of education and civil society.

Ayla is Trustee of Özyeğin University, Board Member of Education Reform Initiative and has been selected a Young Global Leader of the World Economic Forum, Senior Fellow of the Synergos Institute, Qatar Foundation WISE Laureate and World Economic Forum Global Agenda Council member. She holds a BSc from University of Bath, MSc from London School of Economics (LSE) and has conducted fellowships on non-profit organisations at Johns Hopkins University and Harvard University.

She is currently a Visiting Fellow at London School of Economics.

Fiona Millar
Fiona Millar is a writer and journalist specialising in education and parenting issues. She went to school and university in London and started her career on the Mirror Group’s graduate training scheme. She has worked on several national newspapers as a news reporter, political correspondent, feature writer and columnist.

Between 1997 and 2003 she worked at Downing Street as a special adviser. She now writes a column in Education Guardian and regularly takes part in television and radio debates about education policy.

In 2009 published a book about work life balance called “The Secret World of the Working Mother. Her latest book, “The Best for My Child. Did the schools market deliver?” came out in 2018 to coincide with the 30th anniversary of the 1988 Education Reform Act.

Between 2003 and 2010 Fiona was chair of the Family and Parenting Institute, a leading centre of expertise on family policy in the UK. Fiona is co-founder of the Local Schools Network website and of the National Youth Arts Trust. Fiona has three grown up  children and is a governor of two London comprehensive schools. She is also chair of the Young Camden Foundation.

Eleanor Mills
Eleanor Mills is Editorial Director of The Sunday Times and Editor of The Sunday Times Magazine which was named Supplement of the Year at the prestigious 2018 British Press Awards.  A passionate advocate of equality and keen feminist, Eleanor is Chair of Women in Journalism, the UK’s premier network for female journalists across print, radio, TV and online, Her publications include: Cupcakes and Kalashnikovs: 100 Years of the Best Journalism by Women, which is on the A level syllabus. She is on the board of the

Society of Editors and the International War on Press Freedom Reporters sans frontières.

Lucinda Montefiore​​​​​​​
Lucinda has been a producer at BBC Radio 4 for nearly three decades. Over the years I've produced a variety of programmes including The Food Programme, Start the Week, All in the Mind and the Learning Curve. For the last ten years I’ve been a producer at Woman’s Hour, a live daily programme about women’s lives.  I’m particularly interested in books, feminism, food and mental health.

The emphasis throughout the day was on the actions women have taken, and are taking now, to address historic and global inequality. The atmosphere was reflective and optimistic, with a series of thought-provoking questions to the speakers from our student delegates.

It was my great privilege to open the conference and I would like to thank colleagues at Chelmsford County High School for their enormous hard work in organising the conference, Ernst Young for providing exceptionally comfortable  and impressive conference facilities, our inspirational speakers for giving so generously of their time and expertise to energise and  engage our students, teaching colleagues from schools who brought such articulate young women along to the event, and our delegates themselves, who enabled everyone to leave the conference feeling that this generation of young women are making and will continue to make an enormous contribution to the promotion of equalities in the UK and globally.